Hey Nick! Thanks for doing this interview with us. First of all, maybe you could introduce yourself to our readers?

Well, I am Nick, I am a musician, booker, pr-agent and author. I am that type of person that can never do only one thing. I play Upright Bass in the Punkabilly band Bloodstrings, I work for 10 bands at Subkultura Booking and a PR-Agent for basically all kinds of things. That’s at least what I do right now. I always do different things!


What brought you into punkrock?

Born in 1990 I guess good old skate punk from America? I am not entirely sure. I started with bands like Pennywise but also with a lot of german Punk like Normahl. I was a huge Misfits fan very early, my nowadays wife showed them to me. That was probably because I have been listening to a lot of metal before.

You are working as a booker at Subkultura Booking. How did you get into booking and what were some of your first bands/tours that you booked?

I have never planned on being a booker although it was probably very obvious. I have always been doing all the booking and management all by myself for my own band. After I graduated from university I started doing some gigs for other bands as well and for 5 years I have been putting on shows in my hometown Aachen. I think it started with a successful tour for King Mastino from Italy in 2017. And by that time, in January 2018, Max and Nico from Subkultura Booking asked me if I would consider joining them. It was a surprise but honestly the best job I have ever had! It was very obvious at the time that Nico, the founder and main booker, wanted to quit the business. Turned out, I was the one to replace him in taking care of the homepage and everything! We are all equal here though. Max in St. Wendel and Stefan in Munich are both bookers here for a couple of years and I just started – that’s how it feels at least!


Tell us a bit more about Subkultura Booking. How did it all begin? What were the first bands you worked with? All the hot facts we should know about.

I took over some of Nico’s bands, most left, so we had to rebuild the agency in parts. I think it started off with Nico who was also a promoter in Pforzheim. He managed a lot of cool bands, countless. I first worked with Not Scientists from France and Ducking Punches from UK, both of them are still my main clients and grew to good friends of mine too!

I don’t really know a lot about Subkultura’s history. It’s an agency of 3 bookers in Germany that work remotely from home, everyone has their stuff. Stefan for example works with a lot with female bands, also a lot from UK. Max takes care of bands in the friends area of his own band, Christmas.

We have had some pretty big acts with us, Lower Class Brats, Distemper, The Decline, there were a few pretty big names. But mostly we work with bands that are sort of in the mid-range.

In former times it was also a Record label but that died when Nico left and I personally have no intention and time to do a record label. 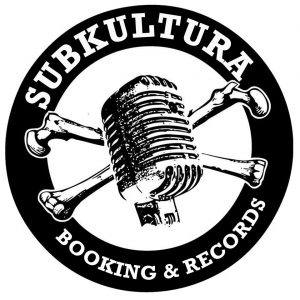 How do you see the future of booking agencies in general?

That’s a really good question… What I experience a lot now that almost everyone becomes a booker. A lot of people start their own small businesses. Some are musicians, some are not. It’s amazing actually, but also I have the fear that shortly there will be more bookers and bands than actual promoters. On social media and on shows there is a lot of networking going on. That’s how D.I.Y. works. But all bookers hit up the same venues, the same collectives, simply because there are less and less people putting on shows, but more and more people who want to book or play shows!

I think it will get worse for a while and then a lot of agencies will quit again. If you are not in one of the big ones (in punk) like Destiny, Mad, Audiolith, Sparta, Living Proof or x-why-z (see, these were already quite a few and not even the biggest ones!) it is hard to make a living out of it.

Mostly like in my case you are only getting paid if you succefully landed a gig for a client. If you don’t, the hours of research and talking were in vain. Then it’s getting harder and harder to get proper fees for bands. Promoters of big festivals or venues spend ridiculous amounts on trending bands but hard-working bands that are not all too famous struggle to get paid enough. And that’s what agencies experience as well.

As a booker you really feel that the punk industry in general has been better than today. I think though that there will always be agencies. Not every band seriously needs a booker though. If you are still at the beginning, do some DIY yourself.


I know you will say that all the bands on Subkultura Booking are amazing, but is there one new act we should all definitely check out?

Can’t really answer this question as I signed up to a bunch of bands recently. Überyou from Switzerland and For I Am from Belgium are brand new on the list, so are Higley from USA and United Snakes from USA/Canada. I have serious talks with Statues On Fire right now and a bunch of others. It’s all very exciting, but I could never tell who’s worth most to be checked out.


You are also a member of the band The Bloodstrings. Please tell us a bit more about the band.

The Bloodstrings play Punkabilly, so say, you play Punkrock but with a double bass. And in parts it’s probably a bit darker. We started off as a Horrorpunk/Psychobilly band and we still attract a lot of metal and goth audiences which made us play Wacken Open Air for example. But we are more Punk now, playing with bands like Clowns, Turbulent Hearts and the likes. There are four of us, my wife is the singer and the two others are basically my best friends.

It’s a little family and you could say we don’t play sooo many gigs anymore. Before we used to go on tour all the time. Now it’s a bit grown up. Better gigs, but slightly less. We have new stuff in the making, our last album was released on Wolverine Records in 2017, so we are ready to drop another bomb!

Any gigs in Austria planned in the future?

Not yet, we have been planning to come back though, maybe to St. Gallen. We want to meet our friends in Kitty In A Casket again, so Vienna is on the list.


One thing I hate about being a booker?

There’s actually a lot of things that make the job really unattractive. 1) is the payment, because you spend countless hours on a tour or maybe even on one weekend only, but the pay is something between 10 and 15 % so not very much. Then there’s the pressure, especially the emotional one. The artists rely on you and of course it’s in your responsibility to provide them with payed gigs at your end. If you screw up, it’s your fault. The emotional pressure can be insanely high, simply because it’s an emotionally involved product with emotionally involved people.

My biggest struggle is to not get too involved. Some artists would leave you because they believe another agencies could get you higher fees, some give you the fault on when the show wasn’t promoted well enough and people didn’t show up, although that is clearly the promoters job. But screwing up is the biggest no-go in the industry and especially when you work with people you consider your friends it becomes really difficult to work with a professional distance, emotionally you know?

I do a lot despite booking because I also contact some press to present it or even attend the shows and write about it. It’s a lot of unrewarded hours sometimes. But it’s all worth it when you go on the festivals with your bands!


A record that saves every shitty day?

Oh, there’s a lot. Actually Überyou’s latest album Nightshifts is an up-lifter. But I also dig the newest Lagwagon and the new record of The Decline from Australia is amazing too. Except from The Hyperjax from England, I haven’t heard a cool Billy-ish album in a while which is a shame.

But I still dig the classics. Rancid’s Indestructible or Out Come The Wolves are still favorites of mine! Old and new Nowherebound records are also my favorites!


This recent release really disappointed me?

I can’t really say actually. I don’t really like how Die Toten Hosen have developed.


This interview is part of our „DIYorcry: people shaping our scene“ series. In one sentence, what does DIY mean to you?

It means hard work to me, that you can reach your goals and create something amazing by getting onto it by yourself (or yourselves!).


What are some future plans?

I want to grow my business bigger. I have been a normal employee for long enough, I want things to develop how I imagine it myself. Of course, that’s a long shot. But I would like to see the bands I work for grow and grow with them of course. I will do more in my PR freelance business for sure and of course, I want to play more with Bloodstrings.

It’s the rock n roll way, even though I’m married and getting older, I have no intention in growing up!


Thanks a lot for doing this interview with us.

Thanks for having me! 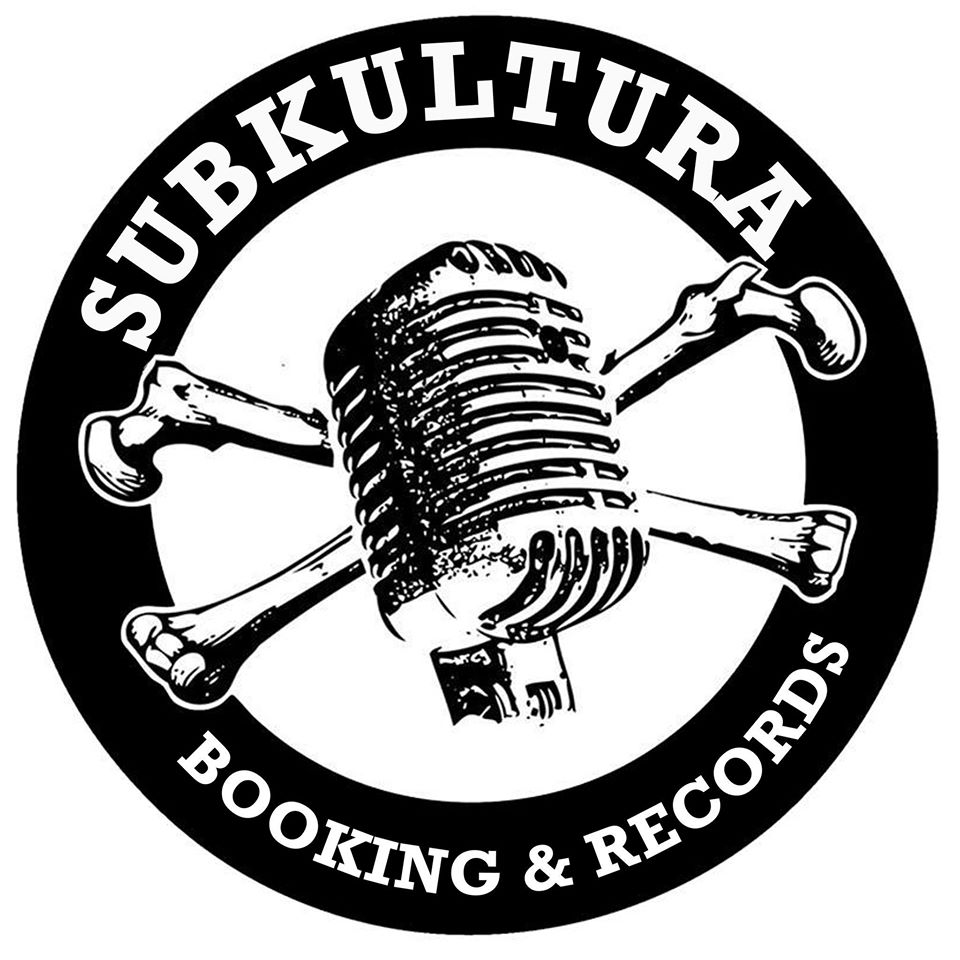