Hey guys, first of all thanks for doing that interview with us and maybe you just start with a short introduction about yourself?
Hey, my name is Stephan. I am guitarist and lead singer in “The Special Bombs”, a melodic punkrock band from Lower Bavaria, Germany. We’re four friends that started a new band in 2017 just for fun and three years later we’re about to release our first album “Eruptions” on SBÄM Records.

So you guys are from lower Bavaria! How is the scene in that part of Bavaria? How is the punk scene in general in Bavaria?
In Lower Bavaria we were blessed with a great punkrock scene for a long time. We had lots of cool bands and venues, that shaped the scene over decades… But since punkrock became an over-30-thing, it gets more difficult. At the moment, we are the only really active band in our closer region and clubs are closing or switching into other styles of music. I know, this is not only a phenomenon in Bavaria, but for us it is pretty visual because we had really good times in the past. On the other side, it is great to see that the scene is getting closer together and people are covering long distances to come to shows. 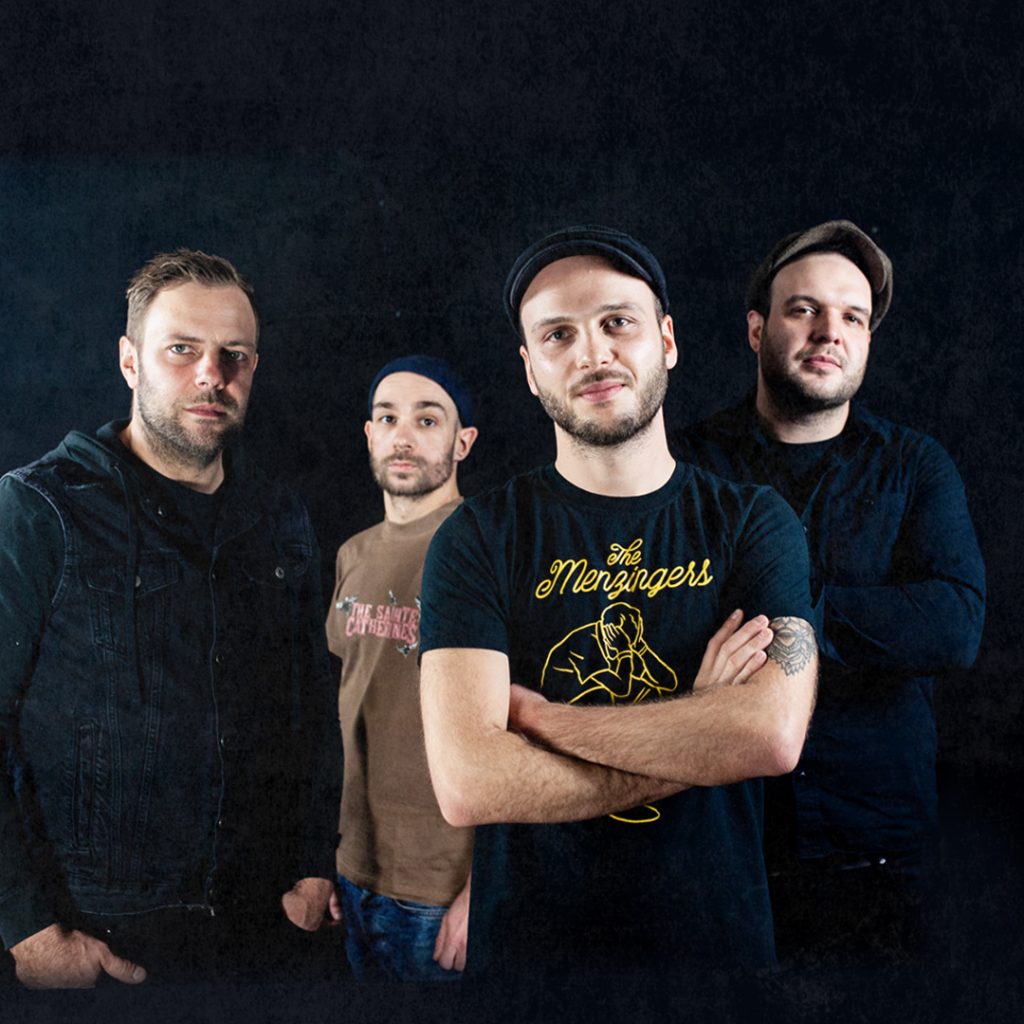 Your record comes out March 20th and is called “Eruptions”? Why that name?
Because we wanted to show, that “The Special Bombs” is not only a stereotype-sounding name that claims for “explosive punkrock” but has also an idea behind this facade. “Eruptions” tells stories of emotional outbreaks and how they grew inside of us or the people we’re dealing with in our songs.

Speaking of finding names and writing songs! Where do you guys take the inspiration for your songs from?
We’re always writing music first and then the lyrics on the existing melodies and rhythms. Lyric-wise, the inspiration can come from almost everything… Sometimes it is about individual situations of friends that I have to think about like in “Still Dreaming” or “Back To Reality”. Sometimes it is about society and failed politics like in “Nothing In The World” or “Swim Upstream” and sometimes it is about friendship and great moments like in “The Night” or “United”. In my opinion, this is what music and art in general is about – catching what’s on the artist’s mind and using this energy to create something authentic.

Lucky me was already able to listen to the whole record and the first thing that jumped in my mind was how well produced this record is! Maybe you could tell us a little bit about the production?
We’re super happy about how the final record sounds like. We already had a pretty decent sounding EP named “Stay True” in 2018 and we took the whole recording process of the EP as a blueprint for the album. Our goal was to copy all the good aspects and improve the weak spots. And this is exactly what we achieved. Especially the drums and vocals have improved a lot over the EP. We’re really glad, that we moved on with the team we already had, which is Winston and Ramon at SoundFux Studio for recording and Benedikt Hain at Outback Recordings for mixing. Another aspect, that lets “Eruptions” sound so massive is, that we have put the focus on preparation. This sounds obvious, but in the past we have started recording before we really had a plan what should come out in the end. 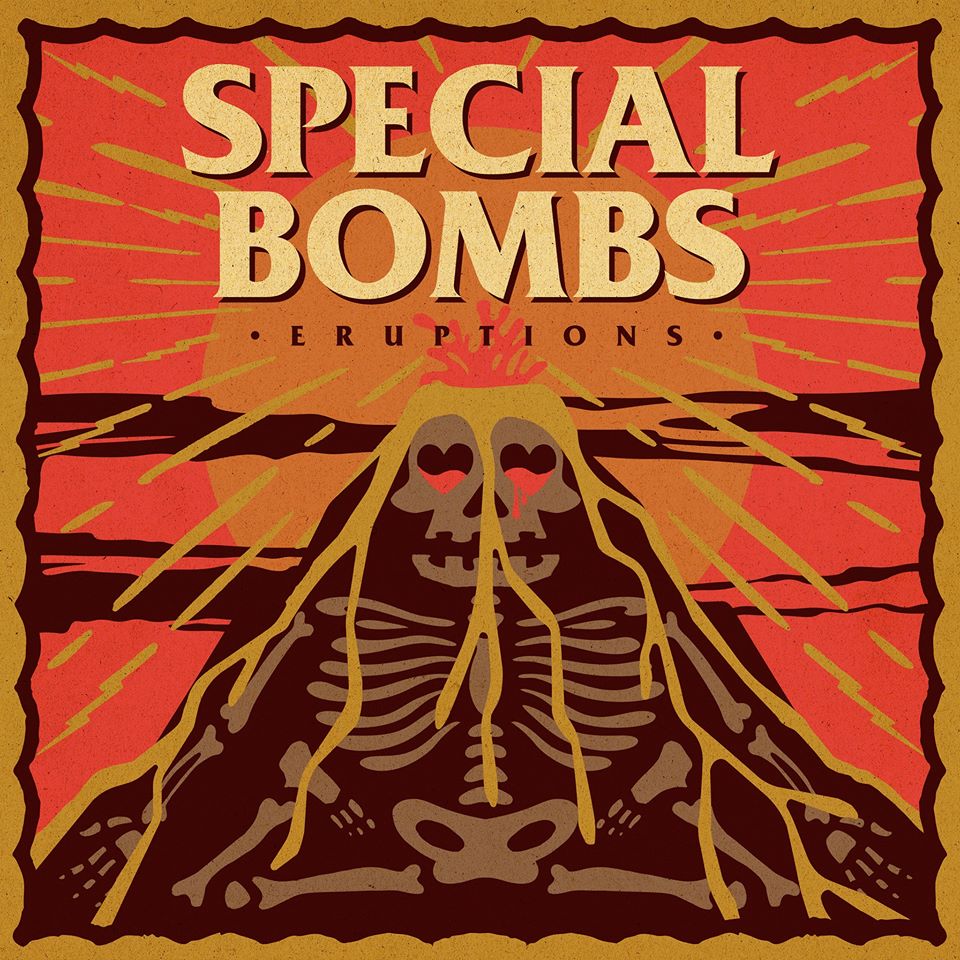 When listening to your music lots of bands came to my mind and I don’t mean that in a bad, the copy other bands, way! It’s more about hearing lots of influences from bands I like. So now I’m curious what are some of your major influences?
Oh, that’s fine because that’s what every new band has to deal with 😉 I think, we don’t have this one big influence… It’s more a mix of artists each one of us likes. Our all-time-favorites are for sure “The Flatliners”, “The Bouncing Souls” and “Alkaline Trio”. But we also find bands like “Red City Radio”, “Iron Chic” or “Off With Their Heads” influencing our songwriting a lot.

One song that I really liked when listening the first time, was “Swim upstream”! What is this song all about?
Swim Upstream is one of the few songs in our set, that deals with social, if not even political, issues. It is about the importance of raising your voice and showing what you stand for. Too many people tend to repeat the common opinion without shaping their own understanding about life, society and the environment. Every human should be treated in the same way – no matter about origin, race or religion. That’s pretty much the message of the song…

On February 13th you released the first single “Still Dreaming” including a video! Are The special Bombs still dreaming? If so, about what?
If it is still a dream, please don’t wake us up 😀 But to be honest, we’re a quite realistic band…

After 10 or more times listening through “Eruptions” I have to say I enjoy it a lot, especially cause the last song, “The Night”, is such a sing along burner! Is it just the “I’m motivated to party” song, and don’t get me wrong I like these kind of songs, or is there a longer story behind it?
Thanks! We’re happy if you enjoy our record! And two times yes – it is a “I’m motivated to party” song and yes – there is also a story behind 😀 This song came up a few weeks after my bachelor’s party which completely escalated. We climbed trees in beergardens and got banned from bars and hotels… but it was an unforgettable night, which was even worth writing a song about.

Is there a band that you desperately want to go on tour with?
Since we have met “The Bouncing Souls” at SBÄM Fest Fall Edition last year, we could really imagine spending a whole tour with these awesome dudes! There was no big gap between them, a band of absolute legends, and us, four lousy newcomers from Bavaria. I guess, that’s a good base for touring together for a few weeks.

What are your future plans? Tours?
We don’t have any serious plans with the band… In the past, things developed pretty well without planning and hopefully, this continues 😉 We have a bunch of cool shows confirmed after the release of “Eruptions” and if we can add some more, we’ll have great year 2020. Of course, touring with a bigger band would be awesome, but it is not a must at the moment…

Thanks a lot for doing that interview with us and all the best for your future plans!

Thank you for this great opportunity to reach an international audience. This was our first interview in English and I really enjoyed it!
Cheers…  Stephan 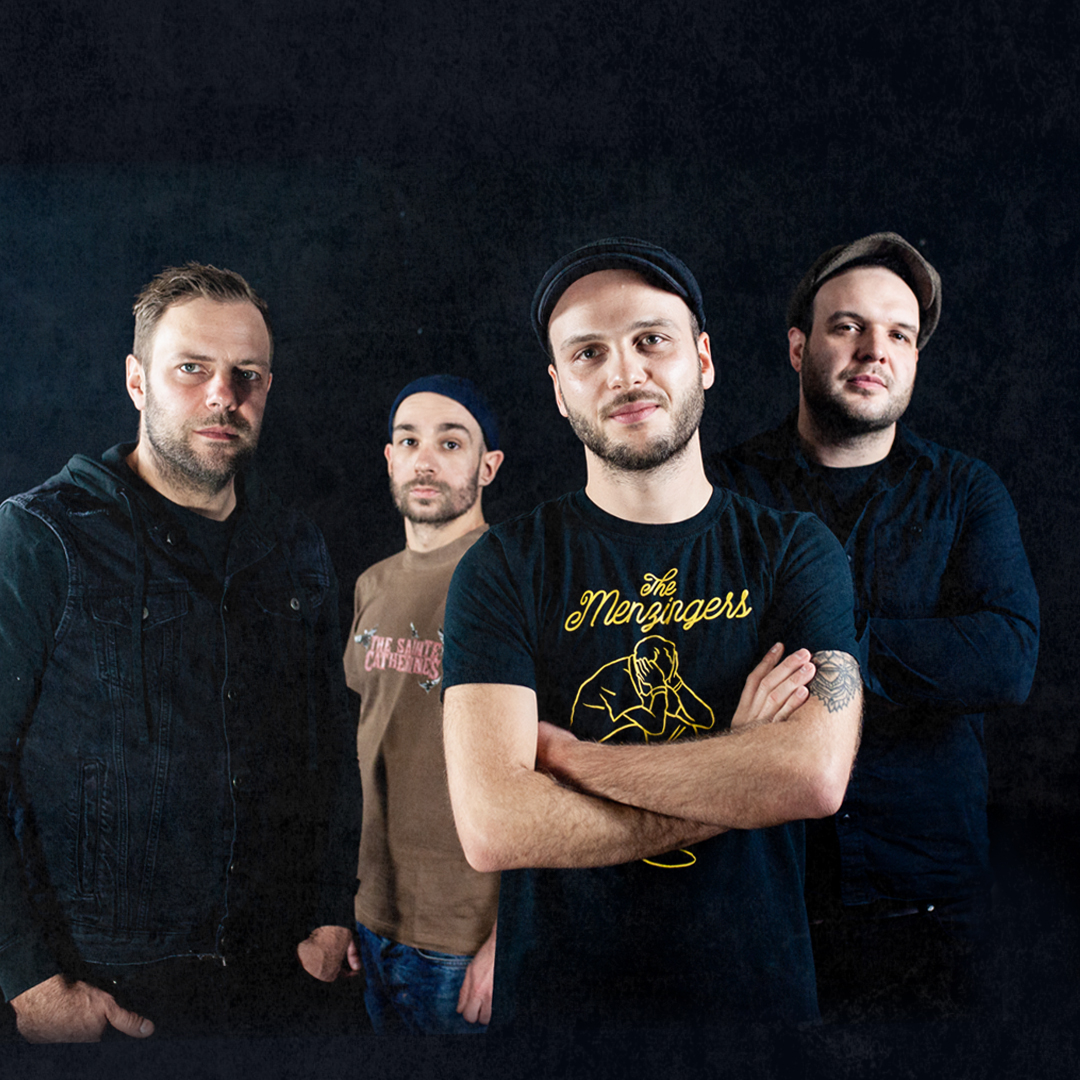