First of all thanks for taking the time to do this interview with us and maybe as a start could you give us a short history of your band?

Thanks for having us and giving attention to European bands!
Our first album and tour happened in 2005, we’ve toured a lot all over Europe, North and South America, Japan and Russia and released 5 albums. We’re active in the current line-up for over 5 years now, our latest album ENGAGE was released in 2016.

What were some bands that influenced you in the beginning of the band?

We’re influenced by ‘90’s skate punk, ‘00’s emo and ‘10’s orgcore, so bands like Pennywise, Jimmy Eat World and Hot Water Music from those eras, or bands like Strike Anywhere, Propagandhi and Rise Against that mix those subgenres as well.

You guys are from the Netherlands. How is the scene in your country?

Just like any scene it has its ups and downs. I have the feeling that we’re at the bottom of a cycle at the moment, where a lot of bands are less active than they used to be and less new bands come to the surface. I’m sure new bands will come up soon and some old bands will pick up as well. But it also depends on where and how you look. The more raw garage/lofi/noise punk scene seems to be doing quite well over here so that’s promising.

Is there any new dutch band we all should definitely check out?

Yes, and you have to be quick: St. Plaster is an all star/project band that released an album earlier this year, did some festivals this summer and is doing some final shows this fall. For fans of Bad Religion, No Use For A Name and other catchy yet fast 90’s punk. New Best Friend is another up and coming band from Arnheim our neighboring city. Friendly people, great to see live, playing a mix of Dillinger 4, Leatherface and older more classic punk styles.

Your music is influenced by lots of political topics. Where do you take inspiration from?

In the most broad sense: from everything happening around us. From developments close to home and at the other side of the world. If something is an important matter to more than just one or only a couple of people it can be a source of inspiration. More concretely inspiration comes from what we see on the news, read in the papers and books, and see in documentaries. What is important for us, though, is that the topics we write about are usually something that is going wrong in the world, but with the chance to improve the situation. We want to be critical band, but with a positive outlook.

Speaking of political topics. You did a posting on facebook about playing in Austria and the political situation in „our“ country. More and more countries in europe are getting far right wing governments. Do you see any positive things coming in our future?

Predicting the future is hard, even harder than analyzing what we’ve done in the past and how to deal with our history. But the recent developments where populist leaders are overplaying their hands is a source of hope. Boris Johnson is having a hard time delivering Brexit. In Italy the far right party Lega led by Matteo Salvini is no longer in power. Putin is receiving more opposition than ever before. Hongkong isn’t giving up its independence easily. And the FPÖ lost 10% in the Austrian elections, where the Green party won. Those are all developments giving hope. And those are only the traditional political events. There’s more critical attention for climate change, racism, homophobia, sexism on the streets than there was for a while.

Respect existence or expect resistance is part of the lyrics of your song racist rash. What’s that song all about?

The song was written because of a combination of events: the refugee crisis of a couple of years back that sparked a lot of racist reactions in Europe. The ongoing anti-Islam tendencies in the western world. The anti-zwartepiet (blackface) movement that triggered a xenophobic discourse in the Netherlands. It seemed to set fire to a latent but omnipresent racism. The phrase Respect existence or expect resistance comes from the environmentalist scene when nature and animal life are under threat. But its meaning could just as well be applied to the threatened existence of human life in our societies as well.

In July you released the single if you’re not outraged and it was the fourth single in a row. Are those singles just signs that there will be a new full length record coming or do you just release songs from time to time?

It’s both actually. We’ve started our new approach to creating, recording and releasing music after our latest album ENGAGE in 2016. We didn’t just want to start creating a new, 6th album. We wanted to do something different for ourselves and our audience, and also because the new opportunities in the (digital) music industry enable new approaches. So we have been writing and recording small batches of songs and we will release most of them one-by-one. And eventually, when we have enough songs combined, in the end we might bundle them and release them as an album. But not any time soon.

You often play in Austria and as we are an austrian fanzine, I’ll have to ask if you have any words on the scene or bands around here?

We first got in touch with the Austrian scene through Rentokill and Red Lights Flash I think. Around the same time we played our first Austrian show at the Sub in Graz in 2005. Austria has always been very good to us with fun shows at most of the European tours we did. We made a lot of friends in other bands like Astpai and Soey and we appreciate the Austrian attention for European bands that have something political up their sleeve. At one point Wiener Neustadt felt like our second hometown and our first time at the Arena in Vienna was so impressive that it still holds a special place in our hearts.

What are your future plans? Any tours or releases?

First up is our first tour ever in Finland, we’re very excited to go there and make some friends! Our new single FEVER is coming out on November 5, it’s a song dealing with climate change, today’s most urgent topic. After that release we will do another first-time-tour in Turkey, we can’t even imagine what the scene and touring there is like. In between we will do some indoor festivals and shows in Belgium, Germany and the Netherlands, and on December 28 we will end the year with our own Friends First Fest in our hometown Nijmegen. In 2020 we have some options to go across the pond again, and we hope to come back to Austria as well!

Thanks a lot for taking the time and doing that interview.

You’re very welcome, and good luck with your new zine, it’s nice to be featured in your first “issue” 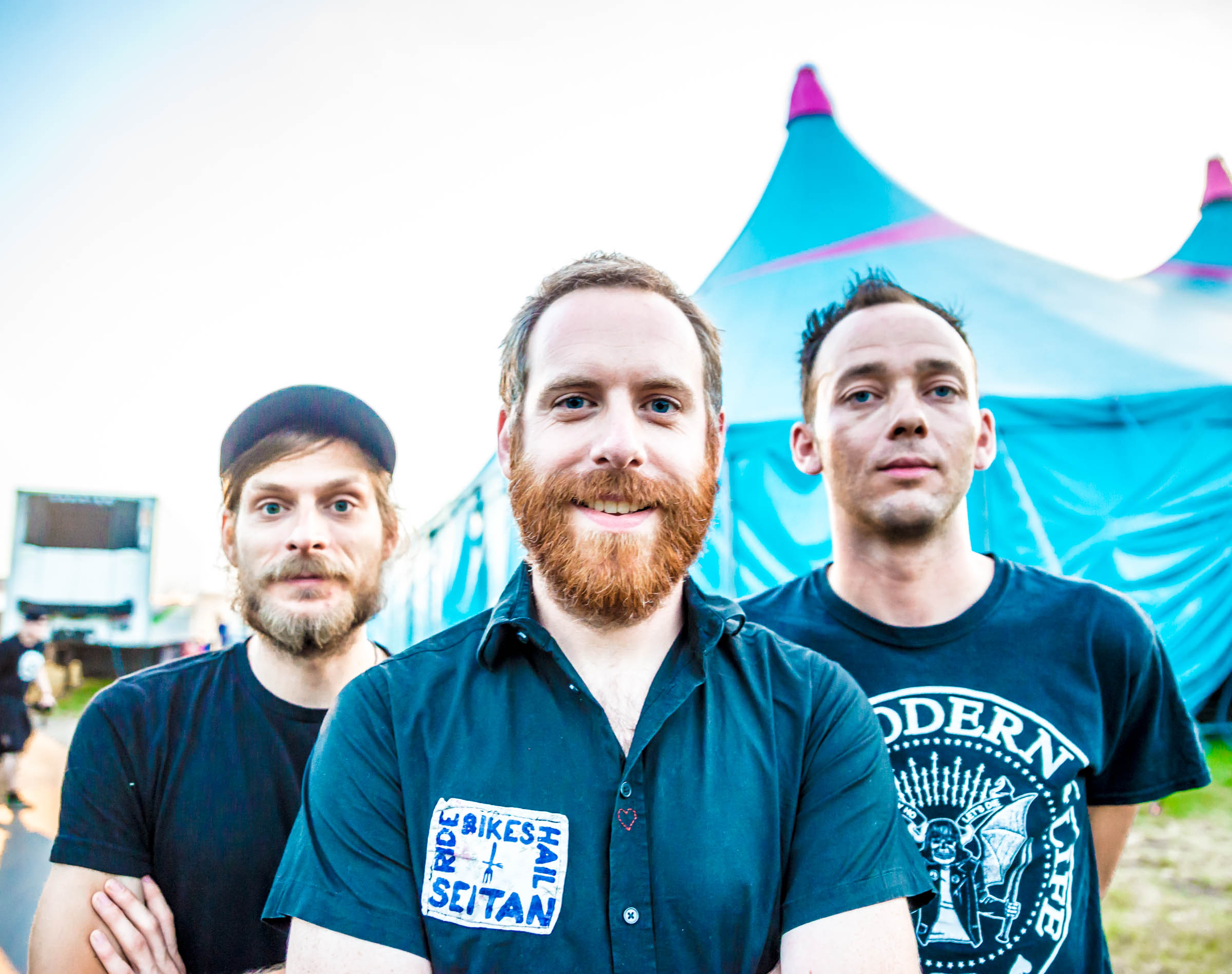