Where are you from:
Graz, Austria

Favourite venue to play:
Actually there are plenty of great venues we had the honor to play at but one of the greatest places was the last stop of our 2018 Brazil tour at Feeling in Sao Paulo.

Next gig:
25 anniversary show (sometime after corona is defeated)

worst show/club you‘ve ever played:
Especially in the early days of NUFO we played at some rather adventurous events and locations. A memorable gig happened at the main square in Graz in 1995 or 1996. We were asked to play two short sets of about 20 to 25 minutes each. After 2 or 3 songs of the first set one of the hosts entered the stage and informed us that the gig is over because we are too loud!
Actually the whole thing started with some kind of unlucky communication between us and the host’s sound engineer. Contrary to all expectations there were no bass amp on stage. So the bass has been plugged into DI. After some slight concerns from our bass player that he can’t even hear any buzzing out of the wedge, the sound engineer lost his head and suggested that he shall plug the cable into his posterior: “Then it should be buzzing.” 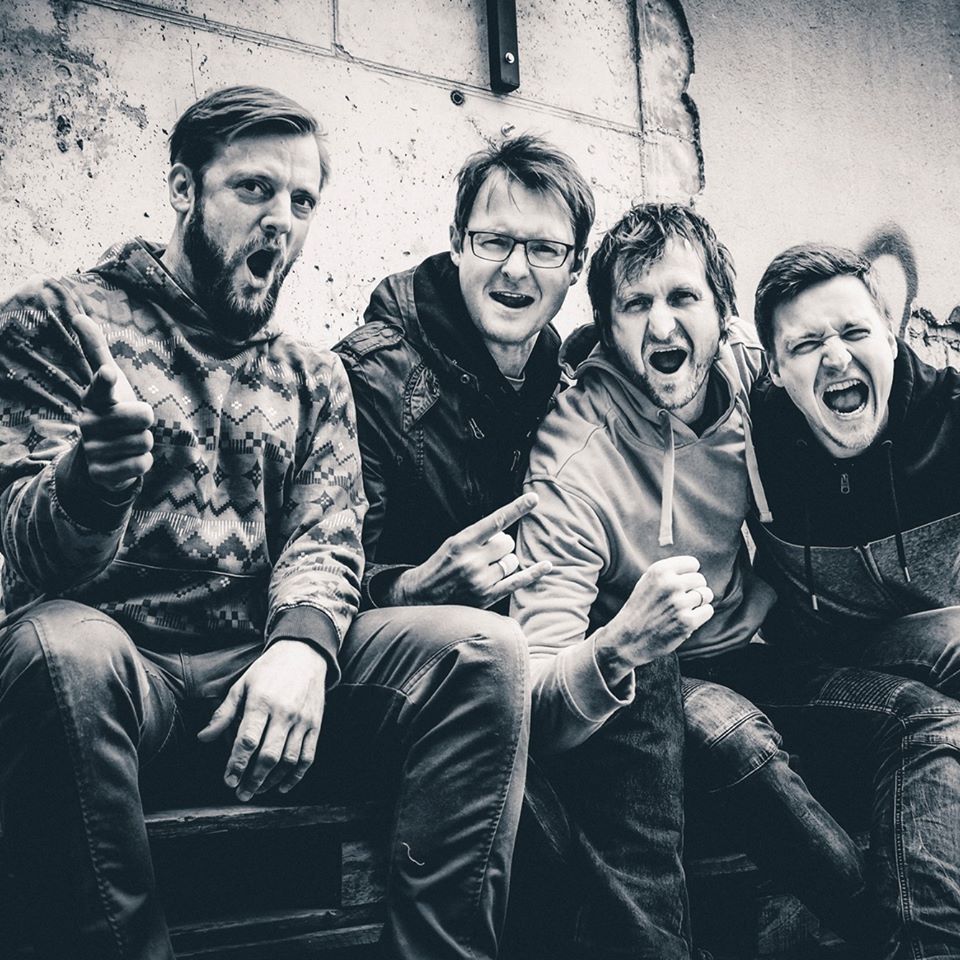 funniest thing ever happened on tour:
Once we played at 5 a.m. in a hallway in order to wake up a bride on her wedding day. Because of the unusual stage time we decided to party the whole night through with other wedding guests, wake up the bride and go to bed after work is done. Shortly after we installed the backline we placed our slightly drunk drummer on his throne and instructed him to start the first song. With great desperation he realized that he forgot his drumsticks in the car. Due to his condition one of us ran to the car and get him the dammed sticks…
We are pretty sure that the bride was already awake long before we could start our fierce show in the hallway of her house. Nevertheless, the whole weekend including the wedding was one of the funniest things we ever experienced as a band!

Favourite tour drink:
It used to be beer but since 2018 it’s Caipirinha!

These 5 bands inspired us:
Amongst many others, mainly
Bad Religion
No Use For A Name
NOFX
Lagwagon and
all those Scandinavian punk heroes from the 90s

one band you want to play with:
Hm, it’s hard to pick only one. We already shared the stage with bands like No Fun At All, Adhesive, SNFU, Terrorgruppe, The Exploited. So one of the great ones we named as inspiration would be cool.

a „no-go“ at your shows:
Extensive use of a fog machine!

Future plans:
Making more music videos (cause it’s great fun), releasing some more records and touring all 5 continents (most probably not at once).

that’s something we want to achieve as a band:
Another 25 years of NUFO style punkrock. See you 2045 at our 50th anniversary show! Until then we want to meet friends out of the scene all over the world while touring and playing at punkrock festivals.