Dickheads shit-talk huddled and single-file. First-world frat-boys and prairie skinheads who will never walk a mile or mourn a murdered friend in this tiny woman’s shoes. Drink up and mumble your abuse. I’m still humbled by it all…

Those are the lyrics that kick off Today’s Empires, Tomorrow’s Ashes, which was released on February 6, 2001, a shocking 5 year after their previous release Less Talk, More Rock. I still remember listening to this album for the first time, and quite literally being blown away. Gone was the humor, the ska songs, and the slower, nicer songs that were sung by their old bassist John Kristjan Samson (who had moved on to form The Weakerthans). What was left was something new; harder, better, faster, stronger… 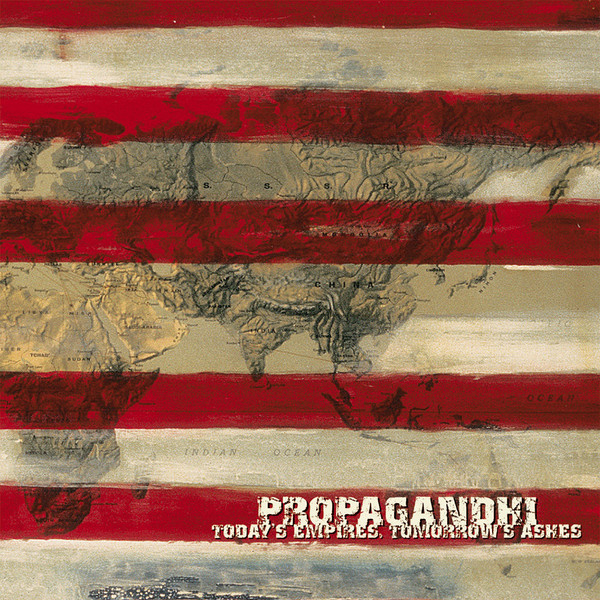 After my first initial listen, I am pretty sure I didn’t listen to the album for a few days. I guess I was in a kind of shock. This was a no longer the band that I used to love, this was an entirely new beast altogether. It wasn’t until my second listening session that the songs started to grow on me; and grow on me they did. Soon Today’s Empires, Tomorrow’s Ashes was the only thing I listened to for weeks if not months on end. There were so many intricate and well thought out musical bits, like the odd time signature in Natural Disasters, which took me ages to understand. But once I figured out what was going on musically, I finally had time to really focus on the lyrics.

Now I love political punk rock with great lyrics, and I swear, that to this day, the lyrics on this album are still some of the best I have ever heard. Unfortunately, the lyrics are still as relevant today as they were 18 years ago when it was released. Fuck the Border is a prime example of this; now I know it’s about illegal Mexican immigrants, but the song also applies to all the immigrants desperately trying to make it to the EU and other countries, to escape the hardship of their lives:

I stand not by my country, but by people of the whole fucking world. No fences, no borders. Free movement for all. Fuck the border. It’s about fucking time to treat people with respect. It’s our culture and consumption that makes her life unbearable. Fuck this country; its angry eyes, its knee-jerk hordes. Legal or illegal, watch her fucking go. She’ll take what’s hers. Watch her fucking go. Fuck the border.

When I said earlier, gone was the humor, it turned out that I was wrong. It was still there, just hiding, waiting for me to scratch the surface. Every time I listen to Natural Disasters, I still have to smile at their critic of America’s double standards:

But enough of my rambling… I could go on and do a little review for all the songs on this album, but that would take forever. I am sure some people will be pissed off that I didn’t mention other classics like Purina Hall Of Fame, With Friends Like These Who the Fuck Needs COINTELPRO?, or Ordinary People Do Fucked-Up Things when Fucked-Up Things Become Ordinary; but I guess now I have 😉

Fact is, that armed with a new bassist, and an amazing set of new songs, Propagandhi really knocked the ball out of the park with Today’s Empires, Tomorrow’s Ashes. An amazing album, that still hasn’t lost any of its relevance, even after 18 years!
– written by BRENGSEK!