A Part Of Us (IT) – Different Stories On The Same Road

It was a cloudy November night in Verona Italy when a car picked me up at my hotel. The car brought me to a sports bar in a small village somewhere on the countryside and the schedule for tonight was: Pizza, Karaoke and then some DJ action. Sounds great? It was one of the best nights I had last year. But why do I tell you that story?
My driver was Marco, the drummer of a Verona based skatepunk band called A Part Of Us and the whole band was at that karaoke party I attended.
Some months later they released their debut record Different Stories On The Same Road in June 2019.
To be honest I told myself for over a month to listen to it, but never had the time to do so. But as soon as I started the first song Fake (Social) Stars I knew I would love that record. It’s that kind of „modern“ interpretation of skatepunk mixed with 90ies tunes we all grew up with, that I really like.
Songs like Change really show what that band is all about, epic melodic choruses, mixed with some harder breaks and lifequestioning lyrics somewhere between hope and hopelessnes.
Back to life asks some of the harder questions and shows that the band also puts lots of emotions and maybe very personal topics into their lyrics and the song ends with a relieving scream. (goosebumps)
And then there is the song inside me. It’s my favourite track on that record, it really caught me already when I first listened to that record.

„Inside my mind,
inside my broken heart.
Today has come
the way of my life is writing on the wall
and I become just myself with my all“

It’s fast, it’s melodic and it’s technical.
In my opinion it’s a really good debut record and I totally recommend it to all those skatepunk fans out there and I’m really looking forward to the next releases of that band.
– written by Martin

A part of us are: 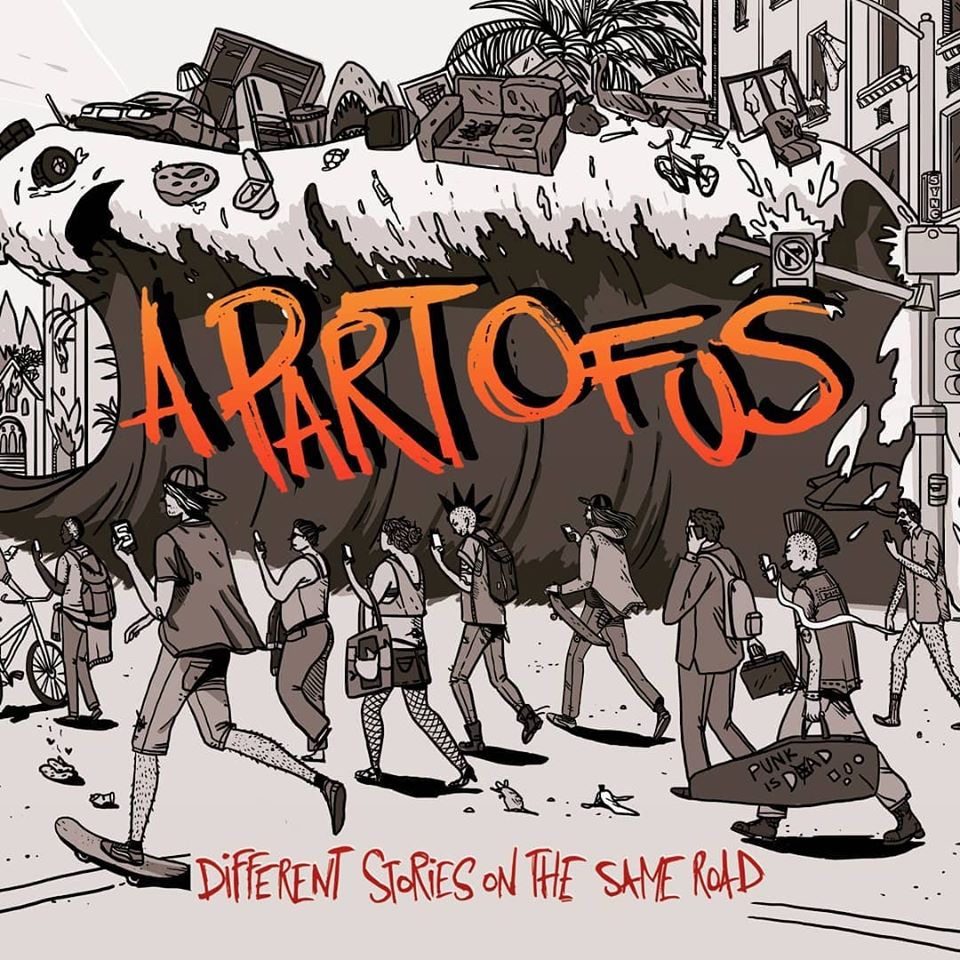