If you’re socialized with Punk in the 1990ties, you will know all these Bands which were on all these CD-Punk-Samplers you could buy at Libro-Store this time. One of them – and certainly one of the best – are and were the X-Ray Spex from London. However, not only the great music on their 1978 published LP Germfree Adolescences is why we have to talk about the Band.  We should also talk about the band because of their fabulous frontwomen Poly Styrene and the just as well saxophonist Lora Logic.

Formed in 1977, there were two essential differences between the X-Ray-Spex and most of the other Bands of the first Wave of UK punk. On one hand, the band used a saxophone, which was rather unusual in that genre back then. On the other hand, there were two women in key roles, which also didn’t happen so often back then. 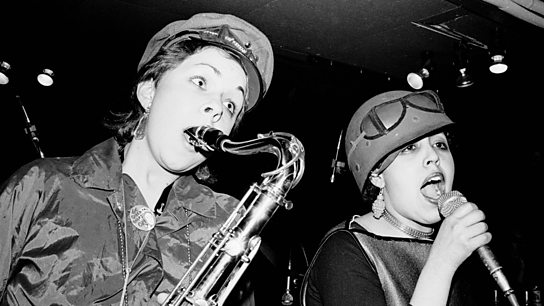 Poly Styrene on Vocalist, born in 1957 as the daughter of a Scottish mother and a Somali father, became one of the early feminist punk heroes in the young movement. With her curled short hair and her braces, Poly Styrene aka Marianne Joan Elliott-Said was standing against the typical sexual objectification of female Rock and Pop Stars in the 1970ties. Apart from that, she wrote all the lyrics in Germfree Adolescences and knew how to ask the right questions in songs like Identity (“When you look in the mirror, do you see yourself?”). In 2011, Poly Styrene died of breast cancer much too young at the age of 53.

Lora Logic (*1960) already left that group by the time they recorded Germfree Adolescents, but without her, the band would be musically nothing special. Loras saxophone arrangements have made a significant contribution for the bands popularity. We shouldn’t forget that the band was actually quite short-lived. Except for their only LP they just released five Singles. The saxophone is particularly striking in the already mentioned song Identity, Warriors in Woolworth (“She’s the rebel of the modern town”) and the single release The Day The World Turned Dayglo.

All in all, as a traditional punk fan you won’t be able to avoid the Album. Some songs are very Hard Rock-based, like the title giving Germfree Adolescences, some songs are very focused on the saxophone, but all songs are actually really good. My personal favorite is a mixture of both. It is the wonderful self-ironic and timeless I’m a Poseur (…”and I don’t care”). The LP itself (released on EMI) is still available on Discogs or similar platforms for a little over 38 Euros.
– Written by Martin Murpott 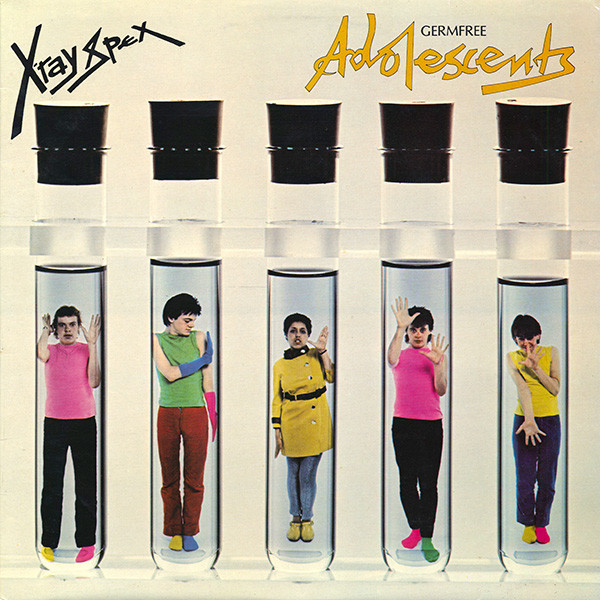