So it has come to this; after 19 years, ASTPAI are calling it a day and it seems only fitting to me that their „final“ Vienna show would be held in the Arena. I had some reservations about going to the gig because my back has being causing me some troubles ever since I slipped a disc in April, but I figured, if any show is worth not being able to walk properly for a few days, then this was it!

The first band on was I’m a Sloth, one of Vienna’s finest grunge bands. When they kicked off their set, Bernhard was on guitar, Flora was on bass and there were only about 15 to 20 people in front of the stage. By the time they had finished their first song, that number had easily doubled. One thing that I have to mention, was that their set was unfortunately plagued by sub-optimal sound; most likely the result of only having had a line check. In the beginning the drums overpowered almost everything, but the balance of guitar, bass and drums improved drastically by the time they finished their second song. I believe that was when Bernhard and Flora did their first instrument swap of the night; for the next few songs Flora played guitar and took over lead vocal duties and Bernhard started jumping around, pounding away on the bass. With each song, the band grew more confident and the audience seem to increase in size. After a few songs, they swapped instruments again, and proceeded to kick out the jams. By the end of the gig, their sound had improved drastically, but I must say the vocals were too quiet throughout the gig. Otherwise, I have to say it was a really nice performance and a great way to kick off this special night!

Next up were Wham Bam Bodyslam. Now I have to admit, that I am a bit prejudiced when it comes to them. I had the great honor / pleasure of doing a lot recording and mixing on their first album just because I was at the right place at the right time, but that’s besides the point. The point is that when they hit the stage, the place was packed. Not only that, but the sound was off the hook… so good, that I have to admit I took out my ear plugs (I tried it a few times during the I’m a Sloth set, and it didn’t make the sound better, just louder). Now when I say the sound was off the hook, I mean it; you could hear everything, and it just made the entire performance that much better. You could see the band felt at home, and call me a liar, but I could swear that most of the audience were singing along to almost all of the songs. They had a little technical glich when Dominik broke a string on his mandolin, but he finished the song like a champion, disappeared off stage and showed up half a song later with a fully strung mandolin and proceeded to tune up. That’s when things got exciting, out of the blue Zock and Ursula from ASTPAI showed up on stage and they kicked off Dancing Wrestling Burning Wood; I have to say that was a blast and I really enjoyed it. The only thing that was kind of a bummer, was that they left the stage before Wham Bam Bodyslam played their final songs of the night My Town, My City, with the entire Arena singing along.

Which brings me to the highlight of the night; ASTPAI. I knew that being their last show in Vienna it would be a special night, but I didn’t know how great it would be. First off, I hadn’t seen them live since I saw them play at the Manchester Punk Festival back in 2016 (I know, shame on me) and that was a great show. But their farewell show in the Arena was literally a show of epic proportions! Instead of their normal lineup, this one featured not one, but three special guest; Ursula Reicher doing sonic manipulations, Thomas Gieferl on drums, und Christian Wallner on 3rd guitar. Not only that, but they seamlessly changed between playing as a 4-piece and a 6-piece lineup between songs. I mentioned earlier that the sound was great during the Wham Bam Bodyslam set, well it was even better during the ASTPAI set. You could hear everything as clear as day, and that without ear plugs; hat’s off to whoever was doing the sound that night, it was amazing! It has to be some of the best live sound I have ever heard. I just stood there in awe, with a stupid smile on my face, shacking my head in disbelief; and I was not alone. Every time I looked around, I saw people smiling and singing along. The gig was so good, that when my bassist ran out of beer and asked me to get him one (admittedly it was my turn to get beer), I said no… not now.

But that brings me to an unexpected twist in this review. Around mid-set, Zock started to talk about SOLIDARITY NOT SILENCE, a cause that really means a lot to him. I have seen him selling DIY guitar pedals to raise money for the cause and I know that he has played benefit shows to raise money for it too. Since it means so much to him (and should to everyone), I figured I should take some time to talk about it too.

SOLIDARITY NOT SILENCE is trying to raise money for a group of women who are fighting a claim of defamation made against them by a well-known musician. They refuse to be silenced and they need your solidarity to fight this case. This case is essential a SLAPP Suit; a strategic lawsuit against public participation (SLAPP) that is intended to censor, intimidate, and silence critics by burdening them with the cost of a legal defense until they abandon their criticism or opposition. For more information on SLAPP suits, check out the Last Week Tonight with John Oliver link below. Anyway, to cut a long story short, Christmas is around the corner, so if anyone wants to do some good, please check out SOLIDARITY NOT SILENCE and open your hearts and your wallets!

Oh yeah, and if you have the chance to catch ASTPAI at one of their other farewell shows, please do yourself a favor and do it!!! 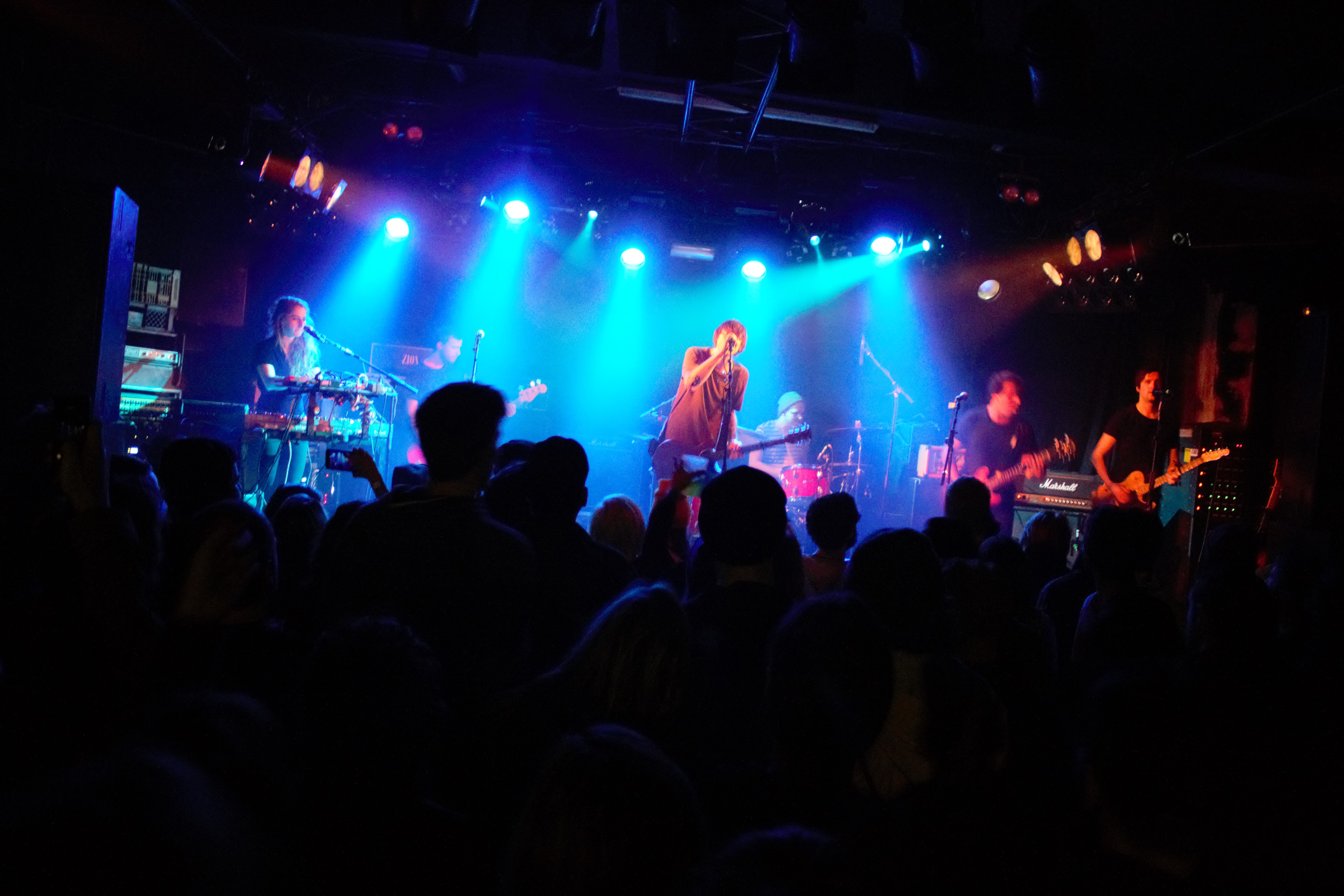