Having the Satanic Surfers and Lagwagon playing the same show was like a flashback to my teenage years, but it was Sam Chalcraft playing with his band that really made my day.

Everything was set up for an awesome early Sunday show, but the PA was causing some troubles, so all bands ended up starting a bit later. „I am going to hang myself tonight“, said Wolfgang the sound guy. Technical problems can always happen, but as long as they get fixed it’s no big deal. One thing that is very important to mention is, that for a Sunday show the venue was really crowded. Don’t get me wrong, the gig was far from sold out, but I guess there were about 450 people attending, which sadly, nowadays is already a success.
As mentioned before, Sam and his band were on first and honestly, I loved their set. Hearing the songs from his new record (Review) live in an even more punk/rock fashion was amazing. People danced and some even sang along to his songs.

Next on were the Satanic Surfers and Rodrigo was back on the drums. This was something that I was really curious about because I had never seen them live with him singing and playing drums. They only played two newer songs; the rest of the set was comprised of songs from their records 666 motor inn, hero of our time, going nowhere fast and some older stuff. As expected, they played nothing from my all-time favorite record Unconsciously Confined; go figure!

All in all, it was a fast and tight set that I really enjoyed. The band seemed to be having fun playing and you could tell that the crowd was really into it. Andy, their bass player, had his 37th birthday that night and seemed to be in full party mode on stage. This might be a little spoiler, but their set was the best set I heard that day.
Next up was Lagwagon, a band that I’ve often seen live in the past and most of the time I love their live shows. Their shows are always fun and they have great sing-alongs, but especially last year, I heard lots of people telling me that they fucked up some shows because Joey had lost his voice due to partying too hard. Joey had his birthday the day before, so the signs were not looking good for the show; unfortunately, it turned out just as I had expected. In the beginning, the sound was awful, which is something that can happen when a band has their own sound guy with them; but the sound quality didn’t matter because Joey’s voice was fucked and you could hear it. They played classic songs and I couldn’t even recognize them. It got to the point that I considered leaving during their set, but I ended up staying until the end anyway which turned out to be a good decision. Surprisingly during the encore, Joey’s voice sounded better and Alien 8, Making Friends and Stockin’ The Neighbours at least sounded average.

The big question for me is, do we really need bands from our youth constantly playing shows, year in year out, even if they sound shitty? Honestly, there are lots of bands from my youth that I really enjoy watching live all the time. Until last Sunday, Lagwagon was one of them! Maybe it’s time for them to stop partying so hard and start playing good shows again. Of course, I know that having a straight edge guy arguing about bands being too drunk to play or sing is a drag. But at the end of the day, the reason why we go to shows is to hear good music… or at least that’s why I’m there.
– written by Martin and language support by Germar
– all pictures by Michael Hell 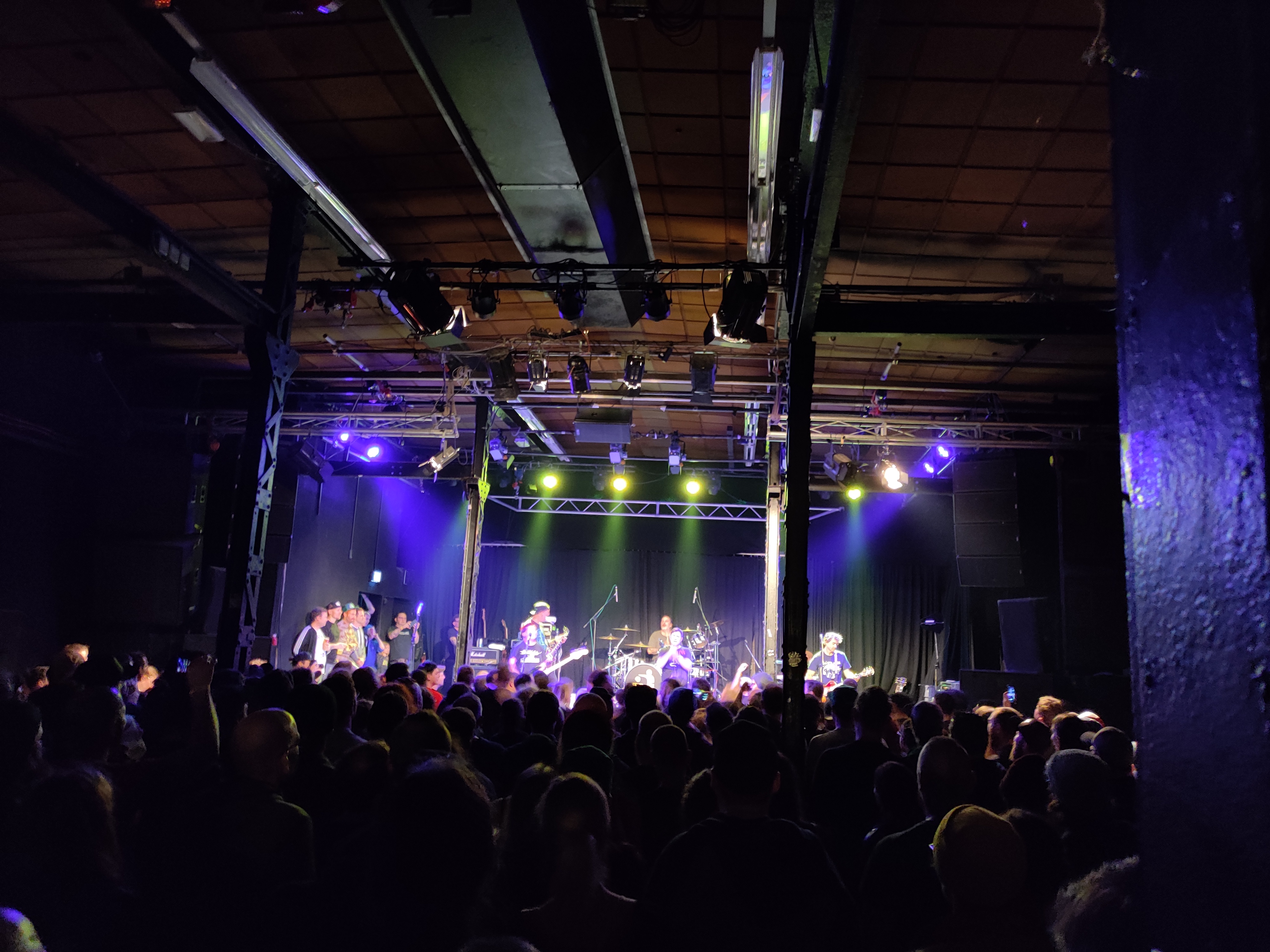