When it comes down to be as DIY punk as possible Tüddel always come first in my mind. She is doing so much different stuff, when you read through this interview you will think she must have at least two clones. That’s also the reason why it’s very hard for me formulate questions to cover all relevant things in DIY Punk Tüddel is part of. Here is a list of things I forgot to ask the last time we had beer at Rock am Berg in June this year. At this point a big thank you for accepting this experiment to answer my first interview on punktacks.com and my first in English (sorry for everything native speaker). Let’s start…

Hi Tüddel, I would like to start with the request to give us some general information about you beside your punk life.

First of all, thanks for this cheesy Intro and sorry for my untrained English. I live in Hamburg for 4 years, I’m doing graphic design half employed and half self-employed. Leisure time, that I allow myself, I spent with watching FC St. Pauli – The professionals as well as “Alte Herren” – the elderly Gentleman. Just playing 35 minutes each half, but it’s honest football.

So, I try to sum up punk things. As far as I know you are drumming in the Deutschpunk band ‚Trümmeratten‘, a-re one of three main people behind ‚Rilrec Records’, are writing and lay outing for the awesome ‚Plastic Bomb‘ Fanzine and have your own radio show called ‚Mondo Bizzaro‘ with another friend? Is this right or did I forget something?

Relatively right. Label, Band and Radio are the main activities at the moment. Zines got more irregular just as designing Poster and Flyer for shows or doing the bar / door at shows.

How did you come to all this several project? I guess you didn’t start all projects at the same time, right?

Everything was a (un)lucky break. As a graphic designer in this scene it is kind of impossible not to work for a zine or create some posters or stuff. And if you are doing layouts for PLASTIC BOMB or some known Bands more and more people ask you for help. For example, Maks and Lars from RILREC. They got good friends after some Kiosk-Tours (Walking an extra-long way to a concert and take every Kiosk you see to get a drink. Have some emergency drinks with you – more than one kilometre without a kiosk is not allowed). I did some small jobs for them and when Maks quit RILREC in order to open THE CURLY COW (A Vegan Diner – closed this year) me and Schlossi joined to keep the Label alive.

The Radio-thing was kind of a trap. For 15 years MONDO BIZARRO is live on air twice a month. After I moved to Hamburg, I was a permanent visitor in the studio. One drunken day at Millerntor (Stadium FCSP) Heiko – one of the moderators – asked me to fill in for three shows, cause Swantje had no time. So – lightheaded – I said yes because I did not want to let Heiko down. 3 shows became 3 months, Swantje left Hamburg and now it became 1,5 years.

Drumming is another story. After I destroyed my cartilage at a football tournament, I was not allowed to use my leg for months. Before getting crazy I needed a hobby where to move more than not. So, the Drummer from Vitamin X gave me some lessons until he was on tour then I tried on my own. Suddenly my friend Pauly from LOSER YOUTH asked me to join TRÜMMERRATTEN, cause the drummer got tired with it. Although I am one of the persons that is unable to say no, I did it three times (!!!1!1!!!1) at least. I did not play with anyone together before und my skills were inexistent – even for dirty punk. But after they spread rumours, I joined the band and went to a rehearsal and thought “Ok that’s what punk is for. My ability for drums is shit – So what? I’ll do it.” After 5 times playing with them, I had my first gig with three Songs. Haha! 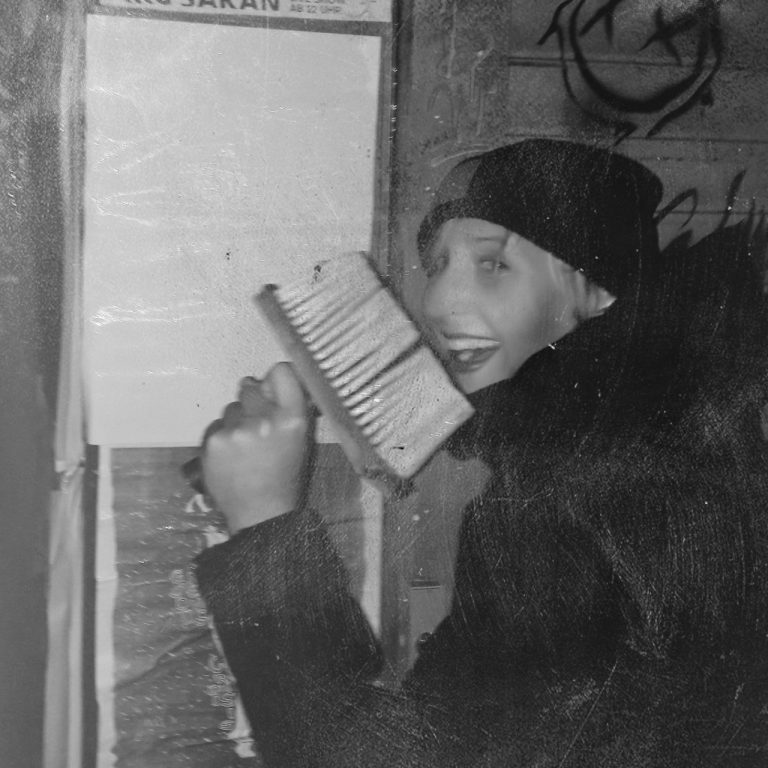 What I would be very interested in is, which tasks/situations/aspects/whatever you love and hate most about playing in a band, producing a radio show, having a label and work for a Zine?

Alright, I want to end positive so the negative ones first.

Pro Band Damn good free drinks. And all the persons we get to know at shows.

Contra Radio Preparation swallows a lot of time. And I don’t want to listen my Voice, so I am not able to listen to my favourite radio show, that it was before, anymore.

Pro Radio All the input of new bands and labels, sinking in another world for two hours.

Contra Label Economic thinking nerves, but it is a f*cking expensive hobby, so sometimes you must do so.

Pro Label Supporting Bands, the feeling you listen to the Vinyl for the first time after all the work.

Contra Zines Disaffection of people you work with

„Punk is a Boys Club“ – What do you think about this statement? What are possibilities for the scene in your opinion to be more including?

It is a petty it is still true many times. Many concerts I have been, I was the only girl on stage, and I am not playing that long. But not just the presence also the way some cis-guys behave, whether dancing, talking or staring is still a problem.

Most people did not learn what they do in Punk Business, it is learning by doing. The Cradle for all non cis-men to do this is higher, because of all the prejudices the society blows us in our minds. Maybe we need to submit offers for those people in kind of workshops and we especially must empower unconfident people by supporting them. That’s also what a friend did with me when I started playing drums.

We need more grrrls* that shit on all fears and predicates and we also need the ones that are part of the scene yet to be loud, so that other ones want to join.

Nevertheless, the surrounding conditions like awareness and shelters (I am not sure if it is the translation to use) must be arranged.

Do you have a negative or maybe also positive story related to be a woman in this (sadly still) male dominated scene?

This Label- and Radio-work gave me another perspective to punk related people. It feels like they take me more seriously (maybe they did never listen to my show? :D) and it seems like most of them are more reflected than the “average Punks” at a show. Although this industry is also strictly male dominated.

On concerts there are still and always the same problems we all know. One example: A drummer did what they often do – he turned off his shirt. I grew up in a cis-men-dominated punk and especially football-world, I was neither shocked nor pissed, but I know there are many people that feel uncomfortable with it. So, I went to him after the show and wanted to explain why it is not that cool to play half-naked, why people can be triggered and that it is easier for everyone if there is some shredded cloth on his body.

He felt attacked or whatever, did not understand anything I told him and told me that we are all equal so when I play drums, I can do the same. No, I cannot do. Not only I have to pay punishment therefore, everyone would stare on me. No? Yes! Example: I always went to (football games) for years, everyone changed clothes in the car because sweatpants are really nice for a long travel. When I did, they wanted me to stop and asked me what I would do there “The same as you, changing my clothes.” For them it was not o.k., what should their girlfriend think?

You know what I mean?

Please, shut the fuck up with this libertarian thinking. This society is far, far, far away from this.

Beside the fact that I hate football, I know that you are very into it. Don’t worry I won’t ask what’s your favourite club. Even as a football fool, I know that the answer would be too predictable, if I ask a punk living in Hamburg for her favourite football club.

So, for all football readers here: What was the best football game you participate live and why?

To be honest one of the most emotional games was DSC Arminia Bielefeld – Darmstadt 98.  It was relegation in 2013/2014. Arminia wins 3:1 in Darmstadt before so it seemed to be easy to stay in “2. Bundesliga”. But Darmstadt scored two times, Bielefeld once, Darmstadt again – extra time started. DSC scores to 2:3 but Darmstadt made 2:4 in injury time. Arminia relegated.

A classic Band member question: Which other band you want to go on tour with?

I really want to play with you all at Rock am Berg. I have no experience with playing real tours right now. Next weekend I play my first weekender, haha. But I would love to spend days with all chummy bands … Namedropping would last a too long time.

A classic Label owner question. If you can choose any band which you would like to release on Rilrec?

As a very big fan of anything people are listing, I would really like to know your favourite records 2019?

Sorry, I am not allowed to tell it right now. We have a Radio-Special at the beginning of every year where we present our Best of and we don’t know the valuation of each other, so it is a surprise for us until the last day.

I remember you are part of the let’s call it ‚Vegan Specialties Finder‘ Club when you are away from home, right? Do you have any cool secret Hamburg tips when some punk come as a tourist?  Also, not food related (except not visiting Elbphilharmonie)?

First of all, check Bewegungsmelder.org for any concerts, soli kitchen or political stuff.

Finally – also classic, but interesting the ‚future question‘. I am pretty sure there is way too much on your list for a one question, but are there any main things happening soon?

In 1 week there is “15 years Mondo Bizarro” concert with great Bands (Alte Sau, Always Wanted War, Akne Kid Joe) and a great DJ (Aelfe aka Bash!Boy). (Annotation of interviewer: Sorry, for the delay) I also can’t wait for our next Release, maybe it will be the best LOSER YOUTH record right now.

And yes, we are asked for a Gig in Salzburg in April, I’ll let you know!

Thank you very much for your time Tüddel. We’ll see each other latest at Rock am Berg 2020 (awesome festival).

Thank you, hopefully we see each other before! 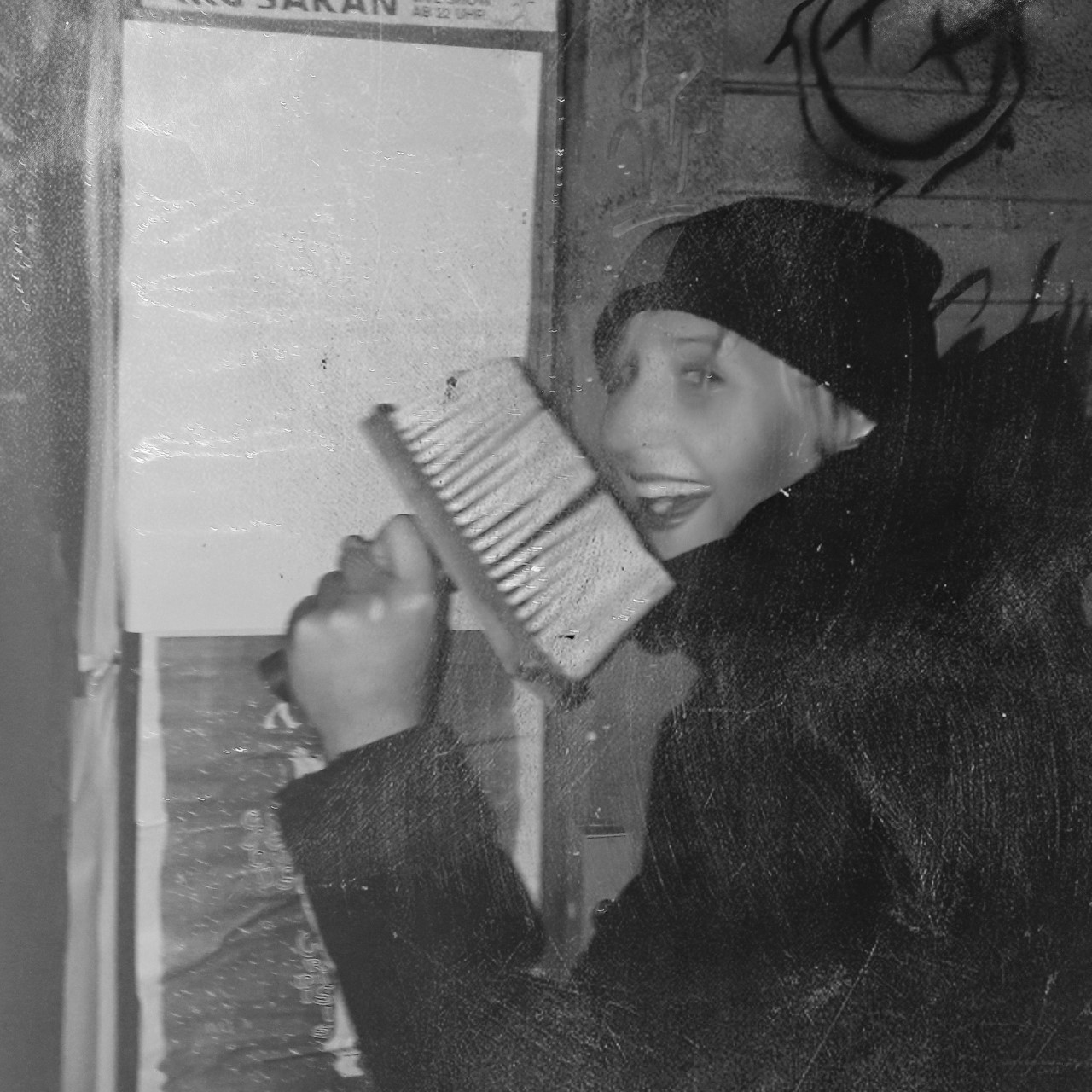