You don’t know Dream Nails yet? Maybe it could be a mistake! So let’s have small a look at the recent past and the near future. To briefly summarized it: Dream Nails is an all-female DIY punk/riot grrrl band from London founded in 2015.  They consider themselves as punk witches and have also tried created their own genre. Such a wonder, it’s called Witch Punk and I think it’s quite fitting!

Between 2016 and 2019 they published several Singles an EPS (the most of them unfortunately only for download, but strictly Do It Your Self) and played also a lot of absolutely danceable and feel good live concerts. In 2019, they finally released with Take Up Space an Unplugged Album (unfortunately also only for download), mainly consisting of old hits, but also with a new song. The new song is called Text Me Back (Chirpse Degree Burns), was released in January 2020 on Alcopop Records as a non-unplugged download single and was the original reason for my review. You can watch the original video below for free, but i think it is fair, if you would go to their bandcamp website for downloading the song. It only costs you  a lousy British Pound and I think the band absolutely deserves this money.Such a wonder

I know that a single song is pretty little for a review, especially because you should have listened it to yourself meanwhile. I like the Song, but it is very pop-based and I don’t think that it represents the whole work of the band sufficiently. Especially the older songs reminds me a lot of the musical creation of the Riot Grrrll era in Olympia of the 1990ies (Bikini Kill for example).  The Dream Nails can impress musically with a remarkable number of diverse riffs and melodies and by the way, in some Songs like “Tourist”, singer Janey Starling’s voice reminds me very strongly of the Voice from Poly Styrene. So what, I like the X-Ray Spex too!

I think the Dream Nails would be very angry with me if I reduced them only to their music. The four English women also have a lot to say in terms of content. They are a new generation of political, critical and uncompromising feminist Punk Rock. Music itself will always be a matter of taste, but the messages of their lyrcis should be consensus in punk scene as soon as possible! The band is currently touring primarily on the British Islands with one exception on the European mainland: The Hafenklang in Hamburg/ Germany on April the 17th!
– written by Martin Murpott

REVIEW: THE GOOD THE BAD AND THE ZUGLY – ALGORITHM AND BLUES 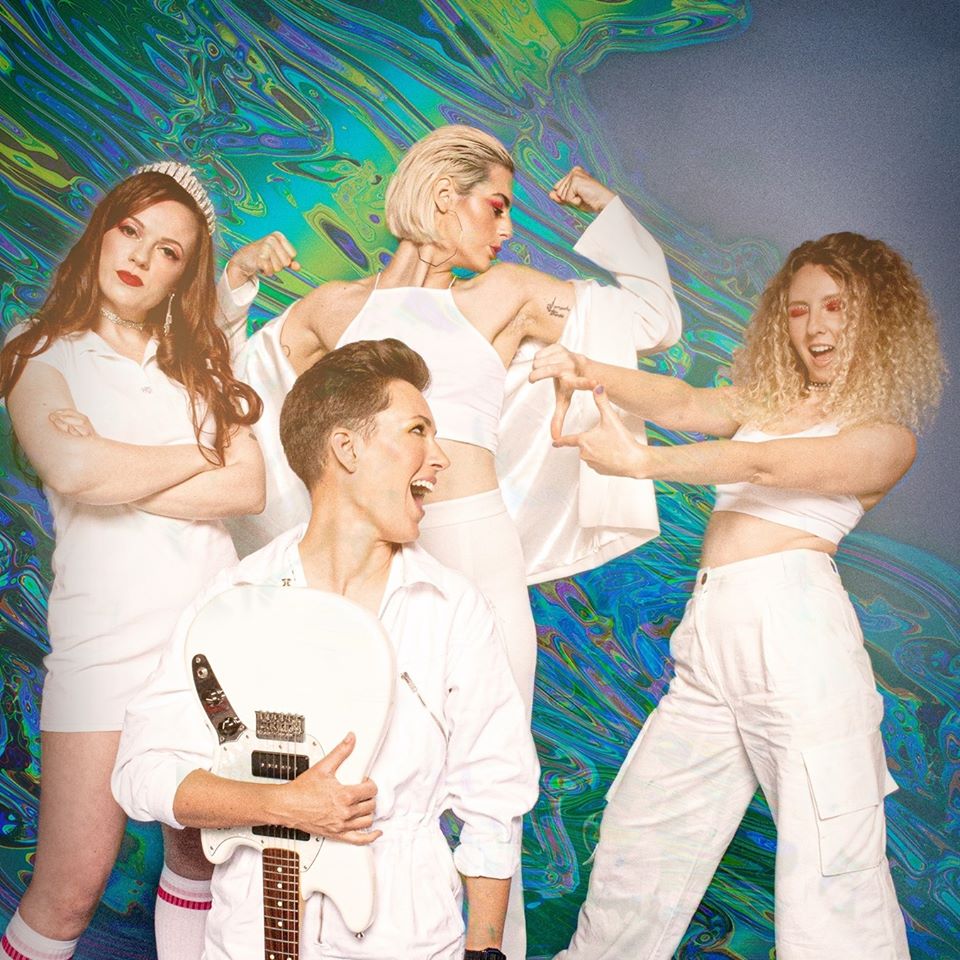