So it’s Friday 24th of April and we’re not sitting in our hotel room in Manchester, as we supposed to be. Instead of that we’re sitting on our couch at home watching Martin’s first online festival as he tried to avoid doing those online festivals for some reasons.

Martin: On one hand I have never been that big fan of streaming live gigs and watching them from home, cause honestly in my opinion nothing can replace a sweaty liveshow and on the other hand I always have troubles listening to this acoustic singer/songwriter thing going on in punkrock.

Julia: I personally have already joined some online live music sessions from my favorite musicians and it really entertained me. In contrast to Martin I like to listen to acoustic punk rock from time to time.

Martin: But that weekend should have been the first festival weekend for this year and I was planning to attend Manchester Punk Fest for the very first time and honestly it was already one of the big highlights of 2020. As we all know Corona has fucked us all and we are supposed to sit at home and watch live performances on our computer.
So back to day 1 of MPF. With my ginger beer in one hand and some snacks in my other hand I was laying on the couch and watching act number 1 and 2 of the day. Helen Chambers with some nice acoustic tunes and her family supporting her with comments in the chat and after that Giles Bidder with a guest mixing a Magarita live “on stage”.
One of the first highlights of the festival was definitely Max from Signals Midwest, who put up a nice set, that really hit me musically. Great to watch and definitely a band worth checking out.
After that a really crazy and weird set from Decent Criminal was on. Maybe not my thing, but somehow fun to watch. Especially the skeleton hanging above the band haha.
As the night went on we were looking forward to the headliners of the day and both didn’t disappoint at all, on one hand a really stunning set from Fresh and on the other hand a truly locked in Dan from the great Ducking Punches.

Day 2 was on and it had some acts I was really looking forward to. I missed the first set from Mollusca (shame on me), but I tuned in just in time to see an amazing set of Duncan from Snuff and Guns’n’wankers. Wearing a robot helmet and making a campfire and an almost high-professional lightshow. I can only recommend if you can catch a set from Duncan, do it, you won’t regret it.
Straight after that Matt and Karolina from CF98 were on. Not only great humans, but also great musicians and their Millencolin cover at the end of the set, really nailed it.
Next act was In Evil Hour and honestly one of the bands I’ve never heard of before and really hit me. Great straight forward and punkish set. The day after I instantly checked out their music and somehow fell in love. That’s why I was so much looking forward to MPF, so many new bands for me to check out.
If you look at the numbers of people watching and commenting during the livestream, Crywank somehow was the biggest name on the bill for today. Maybe it’s something local or something I don’t get, but that was definitely not my thing. But diversity is a good thing and there should be something for all the different tastes out there.
Last but not least was Steven from Belvedere/This is a standoff. One of the nicest dudes I’ve ever met in punkrock and obviously a great musician. Besides some Belvedere songs he also did some Bad Religion covers. Was a super decent set and great to see him again.

Julia: Day two also offered Punkrock Yoga in the morning and a beertasting which we unfortunately missed. But honestly… who can join all the offers at a festival and even if it’s an online festival – there has to be some time for recovery.
Last day had some special side events like Skarobics and a Knife Club livestream, but most important was the Punk Rock Quiz in the afternoon that we of course attended and ended up having 20 out 36 points. That was a fun thing and definitely something I would do again.

Martin: To my shame I have to say that I missed most of the acts on the last day. Maybe it was too much couch siting or the enormous amount of bottles of ginger beer I drank, but the only set I watched in full length was The Sewer Cats which was insanely great. That drumming really kicked ass and it was maybe the set on that weekend that came closest to a “real” live set.
The festival ended with Roughneck Riot covering the best band in the world!

Julia: Comparing to other (big) european festivals, that most of the time only have a couple of female artists in their lineup, it was a pleasure to see that there was a really nice balance between women and men at MPF.
In the end this online festival has everything a festival would have offered – there was great music, familiar atmosphere, a good time with friends, watching people make cocktails and have a great time although not so rudimentarily as joining a live festival, but the best you can do during quarantine and it offered a lot of new research material for my master thesis.

– written by Julia and Martin 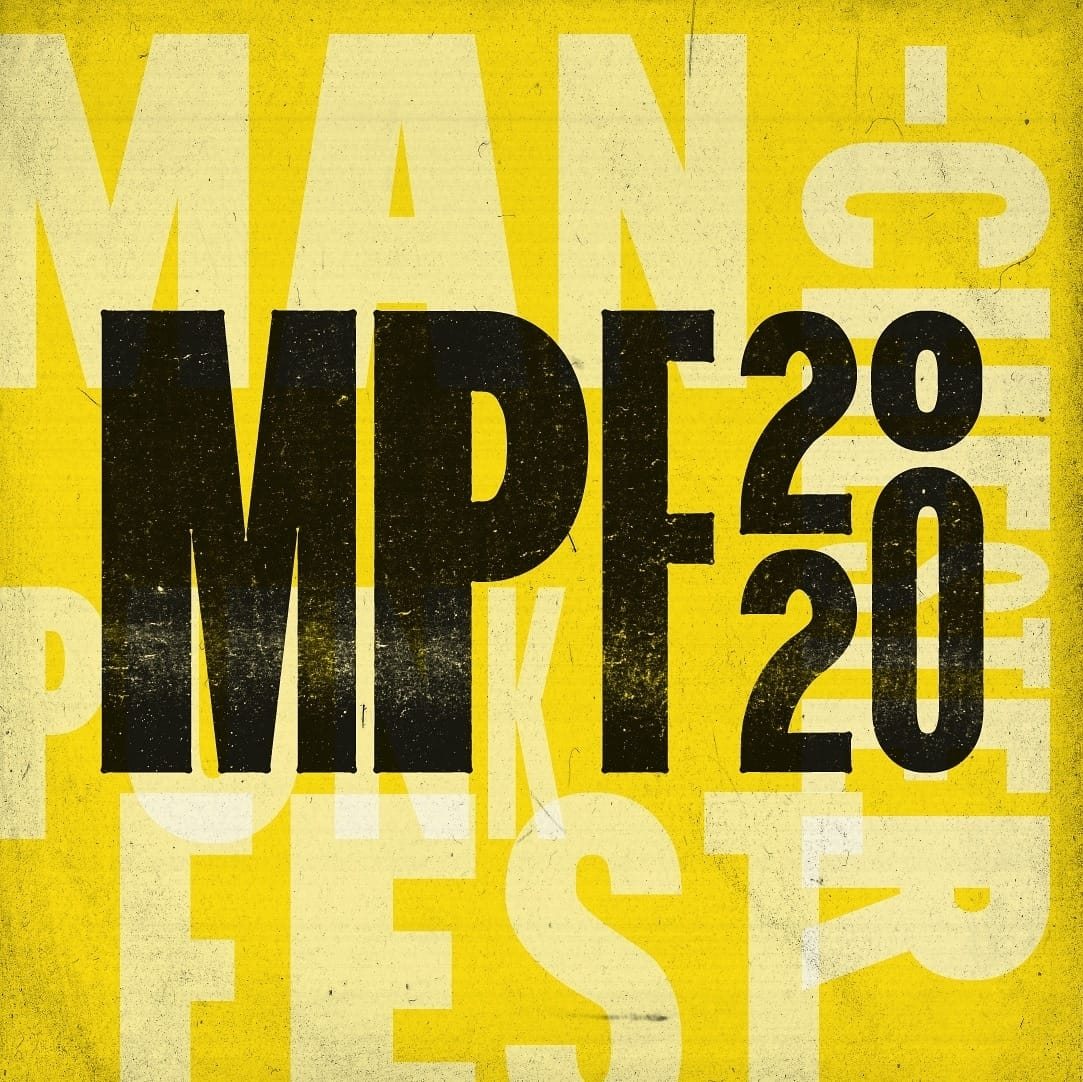