I´m honest, when I say, that I was a little bit scared of listening to the new Four Year Strong Record. A bunch of Pop Punk Bands like Blink 182 or Green Day disappointed me with their last records. They have been too cheesy and meaningless. But hey, let´s give those bearded woodchuck- bananas in flannel-pyjamas a chance!

The first track It´s Cool took my fear away. The song´s very catchy and due to the fat blast beat, it´s a real banger. Get Out Of My Head, the second track, is a typical pop-punkish Four Year Strong sing-a-long and is fun to listen to.

Their fifth record Brain Pain is a good mixture of those pop punk and hardcore songs, Four Year Strong used to do in the last 19 years. If you listen to it, it feels like a hardcore version of a classic-american-pie compilation. You can feel all those “vacation- house party – OMG this could be the best summer of our life” vibes. – pretty enjoyable.

The title track Brain Pain turns out as my favorite track of this record by far. I love the mixture of those “hardcore” guitar-riffs and the “skatepunk”-drums. Mouth Full Of Dirt jumps on the bandwagon. Between all those pop-punk/hardcore songs, you will find Be Good When I´m Gone. A very sensitive ballade, untypical for Four Year Strong, but not inappropriate.

Brain Pain is a good one, but not their best record. There is no complete failure on it, but honestly I miss the big hit, the so called earwig. If you compare Brain Pain to former Four Year Strong records like Enemy Of The World, you will understand what I mean. But hey, I´m happy, that they still put out good records. So finally, it´s cool!
– written by power pup 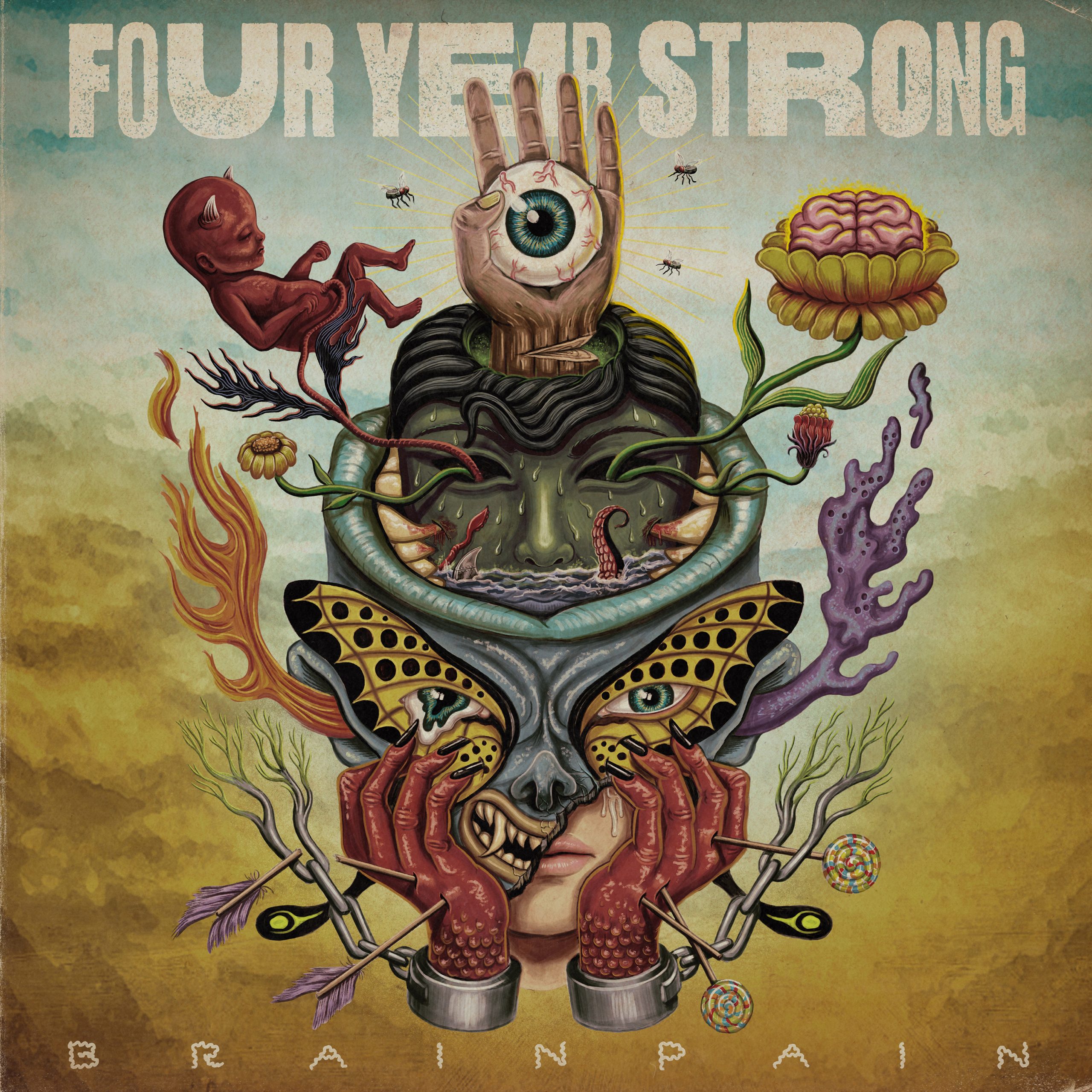